On June 18, 2011 Paul McCartney turned 69. And based on recent news that he's getting married again, The Cute One isn't at all worried that somebody will still need him, still feed him, well beyond 64.

Say what you want about Macca. The songs he wrote with The Beatles, even some of the post-Beatles compositions, are solid enough to be molded and reformed by other performers and work just as well. Surely that's the mark of good songwriting.

8-Bit Operators, a collective of musicians who use the sound chips from the Nintendo Entertainment System, Speak & Spell and other similarly low-tech electronic devices, to make music. Two years ago they made a compilation of Beatles covers called I Want to Hld Yr Handheld, Vol. 1.

Like their previous tribute to Kraftwerk, it's a wildly uneven mix but then somebody such as poke-1,170 (aka Julian van Aalderen) puts it all together and knocks out a version of "When I'm 64" that makes perfect sense delivered in the cutesy bleeps and bloops of an old home video game console:

If that embed isn't showing up, here's a link. You might as well also lend an ear to Sloopygoop's take on "Sgt. Pepper's Lonely Hearts Club Band" and Bubblyfish's reading of "Piggies" that gives the Walter/Wendy Carlos treatment to a song that was already tonally close to A Clockwork Orange. 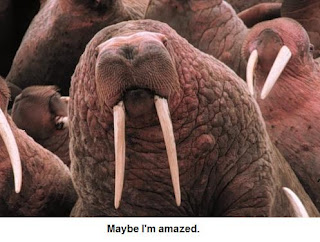